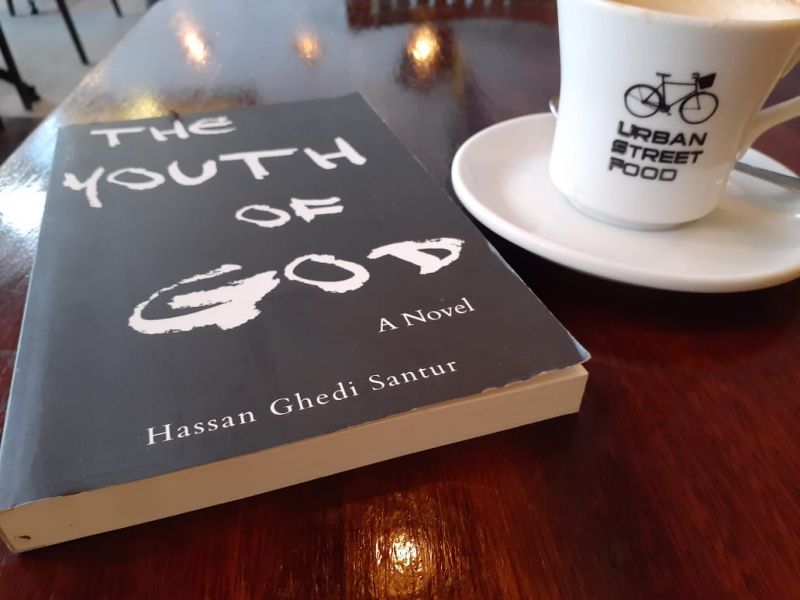 Bookstores hence play a crucial role as mediators propagating this shape and influencing the kind of knowledge that the audience is exposed to. Would it then be safe to assume that the presence of these spaces stocking more than just school textbooks are indicators of a thriving reading culture and a constant attempt at challenging, rethinking and enriching a reading ecosystem? How does the interplay between culture, religion and societal norms influence these spaces?

I think to answer this, one has to have an understanding of the space in question and how other different stimuli have shaped knowledge production and consumption. Take for instance the evidently vibrant reading culture in Nairobi. The presence of dynamic bookshops like Prestige, Yaya and street-side stalls selling new and used books, and the prevalent matatu reading culture– where every public service vehicle plying the city’s routes has either one or two newspapers– did not come from a vacuum. Creating and sustaining such a culture, just like any other culture, takes time, consistency and a dynamic ecosystem which enables it (culture) to thrive.

While Nairobi has this, what does Mombasa– or the Swahili coast in general– have?

The centrality of poetry as a form of knowledge production in the coast has had its own influence on the knowledge economy. You will hardly find a newspaper in a matatu plying a route in Mombasa and the likelihood tickles down in degrees when it comes to tuk-tuks. little, constantly-moving machines that pick and drop passengers all over the city. You might find newspapers in urban coffee shops in Mombasa town but the possibility of getting one at say one of our other shawarma-tikka-kabab joints that we absolutely adore is highly unlikely. You will, however, find hordes of people at a newspaper-vending place in an area like Majengo engaged in an active discussion on current and other affairs. Again, these discourses do not emerge from a vacuum. They are informal yet structured with a sound foundation of what’s happening and the points agitated come from a wealth of knowledge that obviously has a solid source. The baraza as a point where Swahili men used (still do, in certain areas) to meet and exchange knowledge is a heavy informer of the prevalent discursive element in the coast

Understanding the centrality of poetry and oratorical stimuli in the coastal space is crucial in understanding our knowledge consumption habits, just as it is important to understand the role writers like Maillu, Ngugi, Kiriamiti, Macgoye and Ruheni played in shaping Nairobi’s affinity to the written word. One must also appreciate the role the late Binya played in escalating it. In the golden age of Swahili poetry, it was not uncommon for a poet (and we had lots of them) to visit his fellow, recite a well-rhymed verse and get an instant response with similar rhyme.

Thus, in my view, while the reading stimuli in Nairobi was influenced by the enduring suspense of prose, the coast was highly driven by the spontaneity and urgency of verse. The long and short of this is that the former, a geographically bigger space than the latter, adapted an appreciation for knowledge that held the consumer for a longer period of time and the latter chose brevity and mostly frowned on knowledge that did not produce instant gratification.

How does one, then propagate a reading culture and knowledge consumption in a space that embraces brevity and has been long exposed to the notion that bookshops are only structures to be approached for short periods of time when schools are opening as opposed to being intimate places where one can interact with other worlds, other thoughts, characters and narratives that challenge the way we think? Much as our reading culture is undergoing a paradigm shift, and more coastal contemporary writers are either blogging, reviewing books or getting published, propagating books still is a daunting task. It almost feels like we are intruding into this conservativeness that is reluctant to be prodded by our incessant need to sell books, to work with young minds in schools to create a culture of knowledge, to bridge the gap between the elders who are voracious readers and the young who are grappling with shifting themes that keep altering their reading habits.

But what if this prodding is an intervention that the coast has been waiting for, and the introduction of HAI Book Hub will not only offer a valid alternative where readers can get their favourite books locally but also open bookish conversations where book production and consumption is a constantly growing and transformative front?

HAI Book Hub is an attempt at situating Hekaya Arts Initiative in the book production and consumption ecosystem, one as a publisher and two as a bookstore. Both approaches have been informed by a whole lot of processes that have brought us to where we are and the need to understand our market better through our publishing pilot project which won the African Writers Trust Fund in 2019. Our aim is to build a platform with the Swahili coast as our immediate concern, where we print and sell books- opening an avenue where local publishers and self-published authors can sell their content, but most importantly create an ecosystem where authors get to interact with their audience. This interaction between author and reader is an integral part of the life cycle if a book.

How much we are willing to learn, to fail, to fall down and get right up remains to be seen but if at all our instinct about this paradigm shift is on point, then we are just about to start on a ride which may prove to be as hectic, as difficult and as challenging as it may be rewarding, eventually.