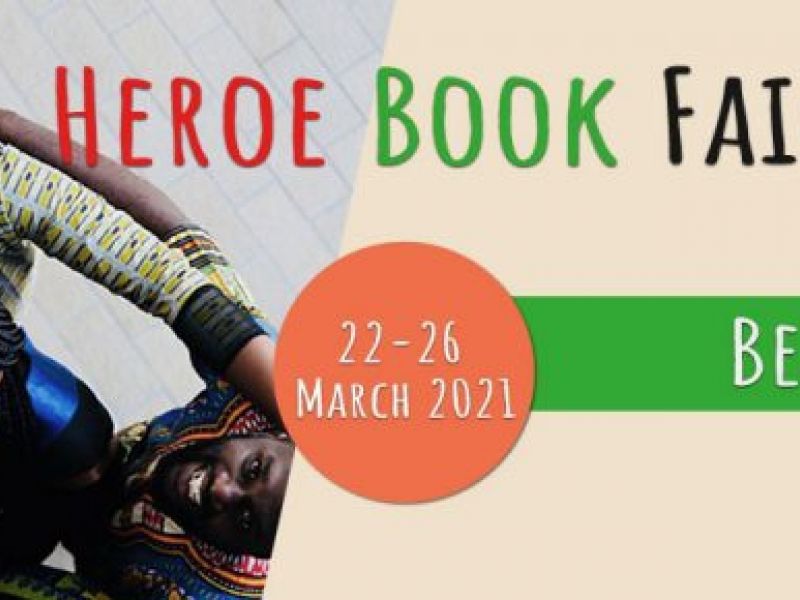 The Heroe Book Fair intends to be a yearly event held at The Alliance Française, Mombasa, that will bring together Anglophone and Francophone Writers, Poets, Publishers and Literary Enthusiasts from Kenya, the rest of Africa and the black diaspora for a couple of days of exciting literary activities, networking, displaying their published books for sale and learning.

Heroe Book Fair is the brainchild of Lorna Likiza, a Kenyan Writer, Independent Tutor of French running the YouTube Channel, Learn French With Likiza and CEO of ABOC Worldwide Directory, a Pan-African Online Business Magazine and Listing Portal based in Germany and Kenya.

The African Literary Scene is currently at its most vibrant with several yearly Literary Festivals and Literary Prizes being held. African Literature is increasingly becoming a preferred choice for many globally with several published African Writers being highly sought after for Literary Awards not only confined to the African continent and Literary Talks. Creative Writing as an Academic pursuit has also become important and available in some African universities in efforts to equip students with the necessary skills to perfect their individual penmanship.

Heroe Book Fair aims to bring that same infectious vibrancy to Mombasa, Kenya, yearly, while spreading the word out there that somewhere at the Coast of Kenya, is a touristic environment that values the art of writing and nurtures the ones doing it. The inaugural edition will take place from March 22nd –  26th, 2021 and will entail virtual panel discussions as well as physical discussions and book vending all Covid-19 health safety guidelines adhered to.

The theme is “Belonging” inspired by an essay of the same title by Lorna Likiza published by downrriverroad.org that will encourage participants to delve deeper into the subjects of race, identity and ethnicity in their conversations at the event. Mr. Henry Ole Kulet, a renowned Kenyan Writer from Nakuru County will headline the event.

Why the name “Heroe”?

Heroe [Pronounced HEH-ROH-EH] is the Swahili name for flamingo, a landmark of Nakuru County. Lorna Likiza chose to name the fair that in celebration of her identity as a Writer from Nakuru County, where she has lived on and off with her family for the past 13 years, and the national language of Kenya, Swahili.

Why African and Black Diaspora Literature?

Good Literature is timeless. It is through Literature that we get to document the happenings of a particular period in time whether in Fiction, Nonfiction, Kidlit or Poetry that will educate, raise consciousness and entertain generations to come.

For a long time, African Literature had been overlooked in favor of Literature from the other parts of the world. For Lorna, growing up in Eldoret town was discovering shelf after shelf of Literature at the National Library that came from overseas and while this was not a bad thing, it was curious that our consumption of African Literature was minimal at the time.

We are living at a time when African Writers have literally woken up and developed such a strong, competitive voice that is getting them to recognizable platforms overseas. To witness American Singer, Beyoncé, sample Nigerian Writer Chimamanda Ngozi Adichie’s written words in her Lemonade album is indeed revolutionary.

Indeed, while talking about African Literature, we cannot overlook black diaspora literature as these writers and poets are equally our brothers and sisters of African descent who tend to be marginalized in their respective societies. Black Publishers in the US for example, still make up a very small percentage of the entire publishing industry. The inclusion of black diasporan writers, poets and publishers in the fair is hence aimed to also give them a much needed visibility, where they get to exchange ideas and experiences with their African counterparts.

In African countries, Literature is not only confined to the Capital Cities where most of the resources are centralized. The best African Literature can be found away from the hustle and bustle of big cities, in laid back towns and deep in the villages. Mombasa County therefore has a lot of untapped literary talent that needs to be re-discovered and motivated to come alive. It is for this reason that literary enthusiasts, aspiring writers and poets as well as publishers from Mombasa County are also very much welcome.