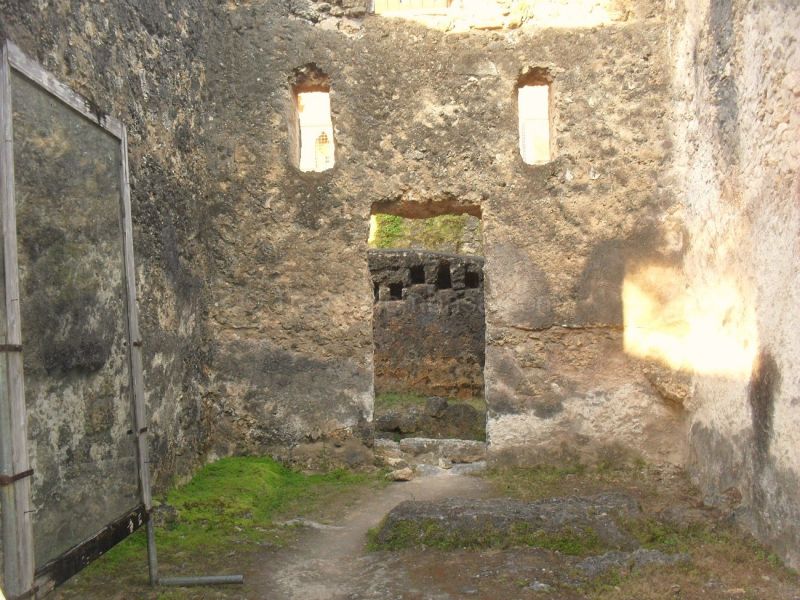 Grills, still holding remnants of last evening’s ashes are cleaned up, heaped with fresh charcoal as previously marinated chicken breasts and kebabs are skewered in preparation for the hungry horde of humanity huddled in mosques and cozy, air-conditioned homes elsewhere waiting to invade the stretch of road from Baluchi mosque all the way past Tarboush, further down to Vasco’s crib with its acne-like face which has stood defiantly for more than four hundred years. Young Somali men line the streets, waving wads of notes, whistling at passersby, calling them to participate in the intercourse of currency.

The horde waits to invade. They wait to tear into fleshy tikkas and spiced kebabs and mayonnaised shawarmas, either perched in their vehicles or in the provided plastic seats. They wait to wrap their hands on misty glass tumblers, drawing long and deep, sucking cold sugar cane juice into their parched throats, having suffered the same scorched fate as the pavements they’d be standing on.

Vasco. You know of him, don’t you? Vasco had invaded in 1589, but neither to tear into kebabs nor drink fresh sugar cane juice. Rather, accompanied by the infamous Zimba tribe- a savage lot of humanity- vanquishing and eating out, eating, the chivalrous Swahili who unlike other coastal towns like Malindi had stood strong against Vasco. Collectively, the people of Mombasa hated Vasco and his guts. They did. The same unity was to see the Swahili through slave trade, politics of class pitting the Arabs against the locals, warring Sultans and the later struggles of marginalization and secession from mainland Kenya.

In 1589, the Swahili women, seeing the futility of their men’s defense against the Zimba, hid with their children under rocks and bushes, praying, praying to Allah and traditional gods for deliverance. The unforgiving heat burnt their whispered prayers as they left their lips, smoke-like, coming from hearts burning with anger and fear. The children clung to their mothers’ bosoms, reading, even in their innocence, the fear written in the eyes of their mothers, knowing all too well that any sound they make, any shriek, any amplified sigh, would be their doom.

But tonight, Mombasa dines. Mombasa dines regardless of class, wealth, religion or social standing. Abaya-clad women tag along with their warriors and progeny, products of ages and ages of matrimonial unity, descendants of the almost-vanquished lot in 1589 who hid under rocks and caves as the Zimba, noses sniffing the air like hounds, hunted for them. Remnants of the chivalrous Swahili litter the streets now, proud of their identity, content with their culture which has been under constant attack by waves of modernism which have long threatened to tear this cultural fabric apart.

Vasco, Vasco is long forgotten, his glorified lunacy now secluded in the annals of history or at the mention of his iconic crib further down. Mombasa dines, men laughing heartily and women, voices powder soft, scolding their children affectionately.

Only a butter-smooth cohesion bonded by food.

Food and privilege. The privilege of affluence perched on monstrous cars, hairy arms resting on the steering wheels with imported, elegant time pieces manacled to their wrists. Inside- the fragrance of privilege that the chivalrous lot of 1589 died for, fought for, held on to even after the gross slaughter.

On the other side against the dirty wall of Central Police, street families litter the pavement. Unwashed. Distraught. Hungry, obviously. The children, eyes accustomed to the fusion of affluence and under-privilege that is the story of their lives, plastic cans of glue dangling from the corners of their mouths, rummaging through discarded food boxes from the eateries, licking the remnants and hoping that tomorrow there would be more leftovers than tonight. Outside- the smell of urine and unwashed bodies, a reminder of numerous days the women and children had to hide in caves until the Zimba tribe left. Inside, the burning surrender to fate; the magnanimity ever characteristic of the downtrodden mwanachi.