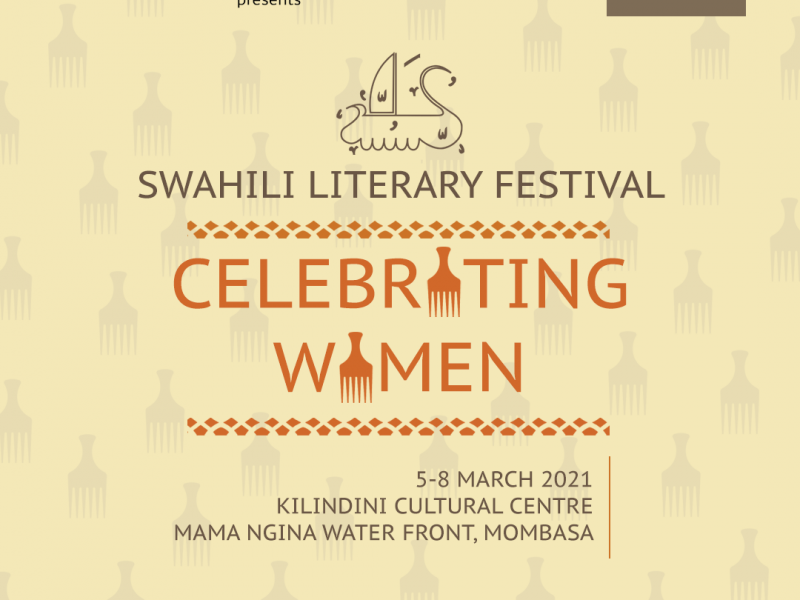 From celebrating achievement [2019] to Identity Politics [2020], the 3rd edition of the annual Swahili Literary Festival will explore Woman and her immense role in Swahili Heritage exemplified in traditional and modern practices. This is a welcome addition to the ongoing conversations and the situated politics of belonging that cannot be concluded in one or two editions of the festival.

Identity is a theme that will continuously come up in future installments as diametrical assumptions from the underlying question- Je, Waswahili ni Nani?- one question with multiple answers. One question that somehow takes the seeker and the sought-after, on a spiraling search that leads to more questions…

This edition also travels virtually across borders, largely prompted by the global appreciation of Kiswahili, one language- our language- exhibiting the dynamics of linguistic excellence. We will be engaging in literary translation discourses that will open our work in Kiswahili for further translations and global readership. Na muhimu Zaidi, we are looking at ways the festival can exist and take shape in multiple spaces beyond its birthplace. How can we have the same in Lamu, in Kilwa, Zanzibar, Pemba, other coastal towns? How can we make the festival as inclusive and accommodating as the culture it seeks to celebrate and preserve?